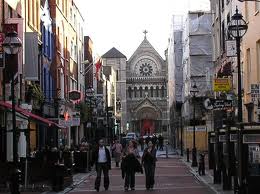 The first contest in DublinEdit

The contest in Dublin was the very first contest ever hosted in the current format. Damien. is the founder of the contest and thus hosted. Damien. also chose the location of the contest. The rules of this contest stated that no Eurovision contestants could join, which resulted in several disqualifications of Belgium before an eligable entry was found.

Below is a summary of the maximum 12 points each player awarded to another in the final:

Retrieved from "https://dsfantasyeurovision.fandom.com/wiki/DS_Fantasy_Eurovision_1-Dublin?oldid=11921"
Community content is available under CC-BY-SA unless otherwise noted.