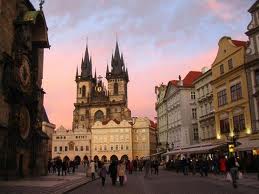 The second contest, held in Prague, was hosted by 21stCenturyBoy who finished second in the contest in Dublin with Georgia. cnbcwatcher was not able to host as they were nowhere to be found. He was the first host to be offered hosting duties. He was also the first host to enter the contest himself. The ban on Eurovision artist was lifted, and this resulted in success for some countries such as Albania (who achieved a 2nd place with Juliana Pasha and Luiz Ejlli) and Israel (who finished 8th by sending a trio which included Harel Skaat). Other countries that sent former Eurovision entries crashed out in the semi's, such as Finland (they sent Lordi and finished second to last in their Semi). The contest was won by Russia and Chisato Geeste by sending Varvara and the song Gryozi, which scored 184 points in the final.

Below is a summary of the maximum 12 points each player awarded to another in the final:

Retrieved from "https://dsfantasyeurovision.fandom.com/wiki/DS_Fantasy_Eurovision_2-Prague?oldid=11922"
Community content is available under CC-BY-SA unless otherwise noted.